The benefit versus harms of breast cancer screening is controversial. The characteristics of the cancer determine the treatment, which may include surgery, medications (hormonal therapy and chemotherapy), radiation and/or immunotherapy. Surgery provides the single largest benefit, and to increase the likelihood of cure, several chemotherapy regimens are commonly given in addition. Radiation is used after breast-conserving surgery and substantially improves local relapse rates and in many circumstances also overall survival.

Smoking tobacco appears to increase the risk of breast cancer, with the greater the amount smoked and the earlier in life that smoking began, the higher the risk.

There is a relationship between diet and breast cancer, including an increased risk with a high fat diet, alcohol intake, and obesity. Dietary iodine deficiency may also play a role.

A number of chemicals have also been linked including: polychlorinated biphenyls, polycyclic aromatic hydrocarbons, organic solvents and a number of pesticides. Although the radiation from mammography is a low dose, it is estimated that yearly screening from 40 to 80 years of age will cause approximately 225 cases of fatal breast cancer per million women screened.

Some genetic susceptibility may play a minor role in most cases. Overall, however, genetics is believed to be the primary cause of 5–10% of all cases. In those with zero, one or two affected relatives, the risk of breast cancer before the age of 80 is 7.8%, 13.3%, and 21.1% with a subsequent mortality from the disease of 2.3%, 4.2%, and 7.6% respectively. In those with a first degree relative with the disease the risk of breast cancer between the age of 40 and 50 is double that of the general population.

In less than 5% of cases, genetics plays a more significant role by causing a hereditary breast–ovarian cancer syndrome. This includes those who carry the BRCA1 and BRCA2 gene mutation. These mutations account for up to 90% of the total genetic influence with a risk of breast cancer of 60–80% in those affected. Other significant mutations include: p53 (Li–Fraumeni syndrome), PTEN (Cowden syndrome), and STK11 (Peutz–Jeghers syndrome), CHEK2, ATM, BRIP1, and PALB2.

Signs and Symptoms of Breast Cancer

The first noticeable symptom of breast cancer is typically a lump that feels different from the rest of the breast tissue. More than 80% of breast cancer cases are discovered when the woman feels a lump. The earliest breast cancers are detected by a mammogram. Lumps found in lymph nodes located in the armpits can also indicate breast cancer.

Indications of breast cancer other than a lump may include thickening different from the other breast tissue, one breast becoming larger or lower, a nipple changing position or shape or becoming inverted, skin puckering or dimpling, a rash on or around a nipple, discharge from nipple/s, constant pain in part of the breast or armpit, and swelling beneath the armpit or around the collarbone. Pain (“mastodynia”) is an unreliable tool in determining the presence or absence of breast cancer, but may be indicative of other breast health issues.

Inflammatory breast cancer is a particular type of breast cancer which can pose a substantial diagnostic challenge. Symptoms may resemble a breast inflammation and may include itching, pain, swelling, nipple inversion, warmth and redness throughout the breast, as well as an orange-peel texture to the skin referred to as peau d’orange; as inflammatory breast cancer doesn’t show as a lump there’s sometimes a delay in diagnosis.

In rare cases, what initially appears as a fibroadenoma (hard, movable non-cancerous lump) could in fact be a phyllodes tumor. Phyllodes tumors are formed within the stroma (connective tissue) of the breast and contain glandular as well as stromal tissue. Phyllodes tumors are not staged in the usual sense; they are classified on the basis of their appearance under the microscope as benign, borderline, or malignant.

Most symptoms of breast disorders, including most lumps, do not turn out to represent underlying breast cancer. Fewer than 20% of lumps, for example, are cancerous, and benign breast diseases such as mastitis and fibroadenoma of the breast are more common causes of breast disorder symptoms. Nevertheless, the appearance of a new symptom should be taken seriously by both patients and their doctors, because of the possibility of an underlying breast cancer at almost any age.

The primary risk factors for breast cancer are female sex and older age. Other potential risk factors include: genetics, lack of childbearing or lack of breastfeeding, higher levels of certain hormones, certain dietary patterns, and obesity. Recent studies have indicated that exposure to light pollution is a risk factor for the development of breast cancer. 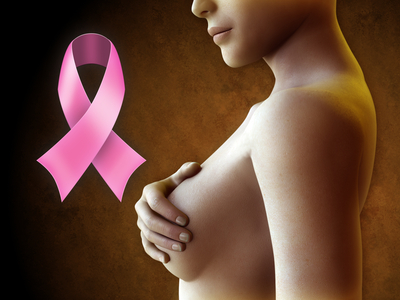 The two most commonly used screening methods, physical examination of the breasts by a healthcare provider and mammography, can offer an approximate likelihood that a lump is cancer, and may also detect some other lesions, such as a simple cyst. When these examinations are inconclusive, a healthcare provider can remove a sample of the fluid in the lump for microscopic analysis (a procedure known as fine needle aspiration, or fine needle aspiration and cytology—FNAC) to help establish the diagnosis. The needle aspiration may be performed in a healthcare provider’s office or clinic using local anaesthetic if required. A finding of clear fluid makes the lump highly unlikely to be cancerous, but bloody fluid may be sent off for inspection under a microscope for cancerous cells.

Together, physical examination of the breasts, mammography, and FNAC can be used to diagnose breast cancer with a good degree of accuracy.

Other options for biopsy include a core biopsy or vacuum-assisted breast biopsy, which are procedures in which a section of the breast lump is removed; or an excisional biopsy, in which the entire lump is removed. Very often the results of physical examination by a healthcare provider, mammography, and additional tests that may be performed in special circumstances (such as imaging by ultrasound or MRI) are sufficient to warrant excisional biopsy as the definitive diagnostic and primary treatment method.

Women may reduce their risk of breast cancer by maintaining a healthy weight, drinking less alcohol, being physically active and breastfeeding their children. The benefits with moderate exercise such as brisk walking are seen at all age groups including postmenopausal women. Marine omega-3 polyunsaturated fatty acids appear to reduce the risk.

Removal of both breasts before any cancer has been diagnosed or any suspicious lump or other lesion has appeared (a procedure known as prophylactic bilateral mastectomy) may be considered in people with BRCA1 and BRCA2 mutations, which are associated with a substantially heightened risk for an eventual diagnosis of breast cancer.

The selective estrogen receptor modulators (such as tamoxifen) reduce the risk of breast cancer but increase the risk of thromboembolism and endometrial cancer. There is no overall change in the risk of death. They are thus not recommended for the prevention of breast cancer in women at average risk but may be offered for those at high risk. The benefit of breast cancer reduction continues for at least five years after stopping a course of treatment with these medications.

The management of breast cancer depends on various factors, including the stage of the cancer. Increasingly aggressive treatments are employed in accordance with the poorer the patient’s prognosis and the higher the risk of recurrence of the cancer following treatment.

Breast cancer is usually treated with surgery, which may be followed by chemotherapy or radiation therapy, or both. A multidisciplinary approach is preferable. Hormone receptor-positive cancers are often treated with hormone-blocking therapy over courses of several years.

Monoclonal antibodies, or other immune-modulating treatments, may be administered in certain cases of metastatic and other advanced stages of breast cancer.

Surgery
Surgery involves the physical removal of the tumor, typically along with some of the surrounding tissue. One or more lymph nodes may be biopsied during the surgery; increasingly the lymph node sampling is performed by a sentinel lymph node biopsy.

Once the tumor has been removed, if the patient desires, breast reconstruction surgery, a type of plastic surgery, may then be performed to improve the aesthetic appearance of the treated site. Alternatively, women use breast prostheses to simulate a breast under clothing, or choose a flat chest. Nipple/areola prostheses can be used at any time following the mastectomy.

Some breast cancers require estrogen to continue growing. They can be identified by the presence of estrogen receptors (ER+) and progesterone receptors (PR+) on their surface (sometimes referred to together as hormone receptors). These ER+ cancers can be treated with drugs that either block the receptors, e.g. tamoxifen (Nolvadex), or alternatively block the production of estrogen with an aromatase inhibitor, e.g. anastrozole (Arimidex) or letrozole (Femara). Aromatase inhibitors, however, are only suitable for post-menopausal patients. This is because the active aromatase in postmenopausal women is different from the prevalent form in premenopausal women, and therefore these agents are ineffective in inhibiting the predominant aromatase of premenopausal women.

Chemotherapy is predominantly used for cases of breast cancer in stages 2–4, and is particularly beneficial in estrogen receptor-negative (ER-) disease. The chemotherapy medications are administered in combinations, usually for periods of 3–6 months. One of the most common regimens, known as “AC”, combines cyclophosphamide with doxorubicin (Adriamycin). Sometimes a taxane drug, such as docetaxel (Taxotere), is added, and the regime is then known as “CAT”. Another common treatment, which produces equivalent results,[citation needed] is cyclophosphamide, methotrexate, and fluorouracil (or “CMF”). Most chemotherapy medications work by destroying fast-growing and/or fast-replicating cancer cells, either by causing DNA damage upon replication or by other mechanisms. However, the medications also damage fast-growing normal cells, which may cause serious side effects. Damage to the heart muscle is the most dangerous complication of doxorubicin, for example.

Trastuzumab (Herceptin), a monoclonal antibody to HER2 (a cell receptor that is especially active in some breast cancer cells), has improved the 5-year disease free survival of stage 1–3 HER2-positive breast cancers to about 87% (overall survival 95%). When stimulated by certain growth factors, HER2 causes cellular growth and division; in the absence of stimulation by the growth factor, the cell will normally stop growing.

Between 25% and 30% of breast cancers overexpress the HER2 gene or its protein product, and overexpression of HER2 in breast cancer is associated with increased disease recurrence and worse prognosis. When trastuzumab binds to the HER2 in breast cancer cells that overexpress the receptor, trastuzumab prevents growth factors from being able to bind to and stimulate the receptors, effectively blocking the growth of the cancer cells. Trastuzumab, however, is very expensive, and its use may cause serious side effects (approximately 2% of patients who receive it suffer significant heart damage). Further, trastuzumab is only effective in patients with HER2 amplification/overexpression.

Other monoclonal antibodies are also being evaluated in clinical trials.

Radiotherapy is given after surgery to the region of the tumor bed and regional lymph nodes, to destroy microscopic tumor cells that may have escaped surgery. It may also have a beneficial effect on tumor microenvironment. Radiation therapy can be delivered as external beam radiotherapy or as brachytherapy (internal radiotherapy). Conventionally radiotherapy is given after the operation for breast cancer. Radiation can also be given at the time of operation on the breast cancer- intraoperatively. The largest randomised trial to test this approach was the TAR-GIT-A Trial which found that targeted intraoperative radiotherapy was equally effective at 4-years as the usual several weeks’ of whole breast external beam radiotherapy. Radiation can reduce the risk of recurrence by 50–66% (1/2 – 2/3 reduction of risk) when delivered in the correct dose and is considered essential when breast cancer is treated by removing only the lump (Lumpectomy or Wide local excision).